From Batman
Jump to navigationJump to search

Following the completion of the maps on whysoserious.com/theperfectgetaway, the words "out of time" were revealed. whysoserious.com/outoftime was thus revealed as the final site in the series.

The site features a congratulatory note from the Joker:

Clicking on the note links to a photo of a dead body in a morgue. The tag on the corpse's toe identifies it as Frederick Alder, the would-be carjacker who was foiled by Batman, as noted in The Gotham Times. 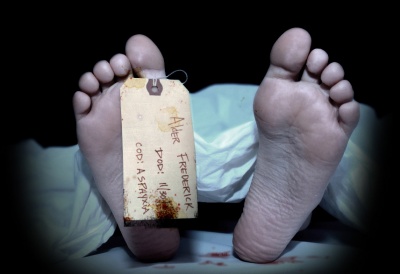 General consensus amongst the internet community is that "funny papers" refers to a new copy of thehahahatimes.com being revealed. A trailer is also likely in December, probably alongside Will Smith's "I am Legend".