From Batman
Jump to navigationJump to search

Participants were sent a new email from humanresources@whysoserious.com:

By shifting each letter one key to the right on a QWERTY keyboard, "steprightup" was spelled, leading to http://whysoserious.com/steprightup/ 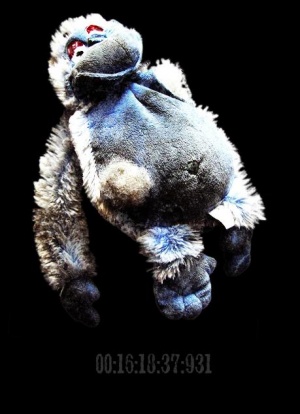 The webpage features a stuffed monkey with an exposed stomach, as well as a timer which counts down to 12pm EST on December 4.

When the timer finished, a stuffed-animal carnival game was revealed when the page was refreshed. A note advised participants to search out an object at 6 different addresses around the country, while warning them not to call the locations. When an animal disappeared, more would appear, totalling 22 stuffed animals. 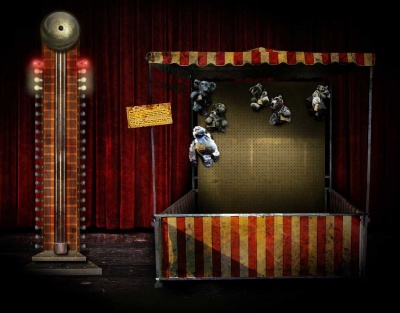 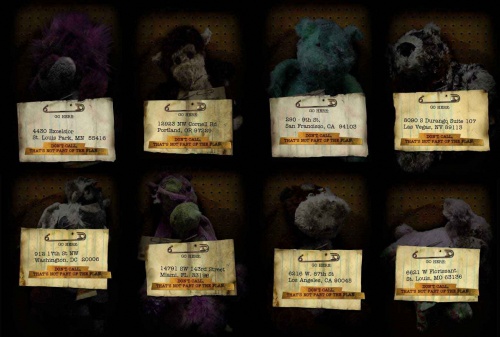 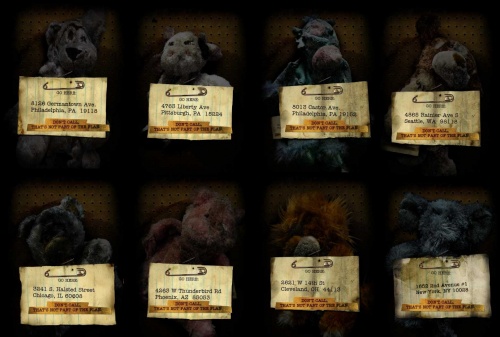 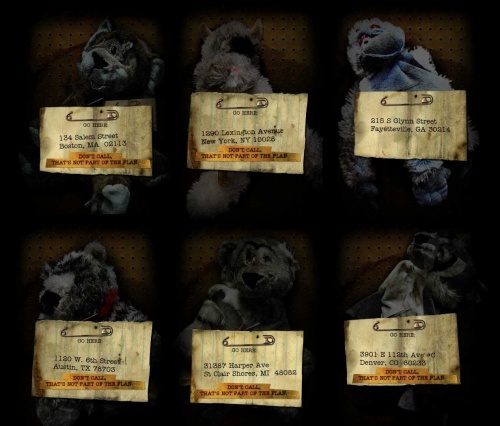 All of the locations are apparently bakeries. Once there, participants are to pick up a package left under the name "Robin Banks."

Participants who disobeyed the Joker and called the locations are told by the bakery employees that the package includes a phone number, but that they cannot divulge the number unless the package is picked up in person. It presumed that when the numbers are called in, bears will disappear.

If the website visitor clicks on the mallet, and then clicks on a lit bulb, it loads the image of the address that was fulfilled.

The package is a cake with a phone number on it. By calling the number, a phone inside the cake will ring. After digging into the cake, the participant will find an evidence bag with a cell phone, Joker card, cell phone charger, and a note:

Upon calling the number on the note, an audio message follows:

A text message is also received from humanresources@whysoserious.com:

Several celebrities and bloggers were also sent cakes with cell phones inside, with a note to call an 800 number. An automated voice told them to show up at one of the IMAX locations with a press pass to attend the screening. The number that Perez Hilton broadcasted over YouTube, when called, now plays circus music.

Once all of the cakes were located, the strength bell could be rung and forwarded to Whysoserious.com/Steprightup/Pairofjokers 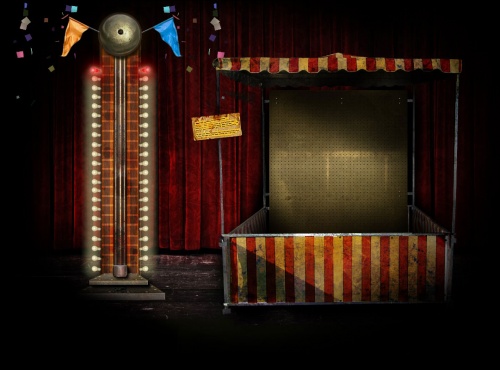 The cell phones are now being used as a contact between select participants and humanresources@whysoserious.com.