On July 1, 2008 at 9am Pacific/12pm Eastern, participants with cell phones receive the following message:

This leads to Whysoserious.com/Operator, which is a site featuring a dimly-lit stage with five switches wired around. The switches contain a sign - "Waiting for Relay." On the stage are five small metal weights attached to chains suspended from the ceiling. There is also a submission field on the bottom of the page, but it is inactive. 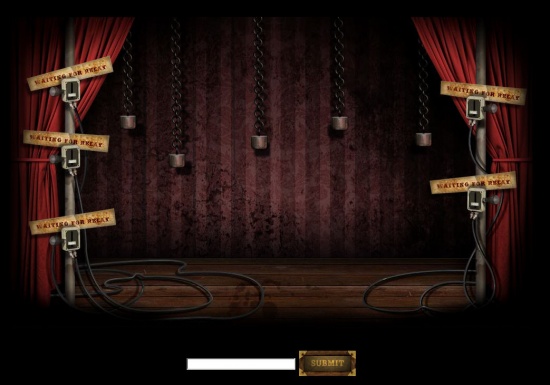 Upon replying to the original phone message via a text, the following response is received by cell phone participants:

Once the hour deadline was up, cell phone participants who responded received the following text messages depending on their assignment:

This part of the game involved only participants with cell phones. Five started a chain as in the game "Operator," calling a partner and relaying additional code words. The last person in each chain was given a phone number to a Joker goon, who then told the participant the chain was finished.

For each completed relay, a new word is revealed in place of the chained weights. The words are: 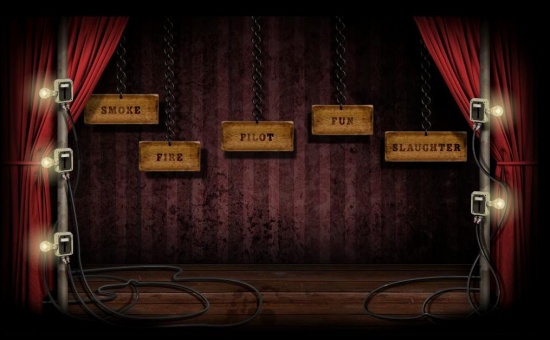 At the conclusion of all 5 relays, the following text message is received by participants:

All five revealed words have "-house" in common."

Submitting "HOUSE" in the field leads to Whysoserious.com/Punkdrop